Kimberley Mental Hospital R1.5 billion over budget and over a decade late

Construction started in 2006 and was scheduled to be completed and handed over in 2008. The original budget was R290m which ballooned to R1.86bn.

The Kimberley Mental Health Hospital is said to replace the Free state Psychiatric Complex (previously the Oranje Hospital) which will be decommissioned.

Read more in the Times Live 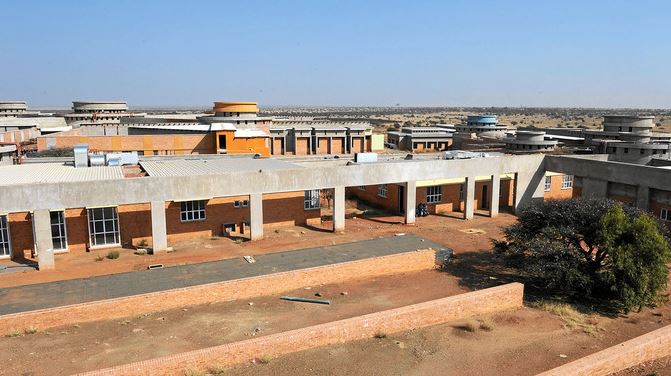 Kimberley mental hospital cost nearly R2-billion – a decade late
It is a decade behind schedule and cost more than six times more than originally planned? but the Kimberley Mental Health Hospital will finally be completed next month? Northern Cape officials assured sceptical MPs on Tuesday.
www.timeslive.co.za

INTERVENTION PLAN FOR ROBERT MANGALISO SOBUKWE HOSPITAL TO BE ANOUNCED

Another setback for mental hospital